The Ewoks appear in Star Wars: The Old Republic

The Ewoks are a race without reaching the limit of hatred of the Gungan also has enough rejection among followers of the saga Star Wars. And frankly, we do not know why! They are fluffy, little ones, adorable and funny when they talk. 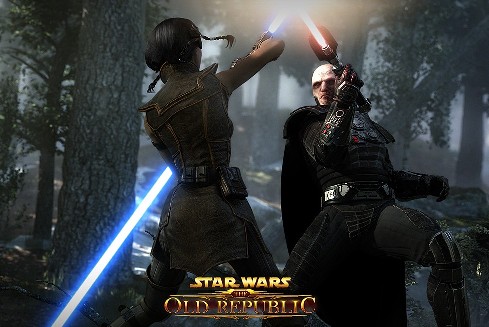 Treek the adventurer
The Ewok race will become the patch 2.3 of Star Wars: The Old Republic of Bioware in a new companion for our character. Treek name, our little furry friend will be responsible to heal in the most difficult moments but also to fulfill the role of tank if the need requires it. Equipped with Heavy Armor and AIM as primary statistics, the Ewok is the ideal companion in any of the different available classes that exist within Star Wars TOR.

To get the new companion will require a minimum level of legacy set at 40 and have a million credits for purchase. Once the droid carrying the tent, we are showing an introductory video about this small companion that we have just acquired. Each faction will have its own video and one where the Ewok is usually the main protagonist.

Star Wars: The Old Republic
For if anyone does not remember, and also liked the idea of carrying Ewok as a companion, we remind you that Star Wars: The Old Republic is a massively multiplayer game free to play where you can choose the side of the Republic or the Empire. It currently has just released an expansion called Rise of the Hutt Cartel adding more content to the main game. If you want to try this fantastic title set in the saga of the famous Jedi can do so through their website.