It has been one of the most successful franchises for Sony Play Station over the last decade and now comes a new title to the satisfaction of his thousands of followers. Ratchet & Clank: QForce tries to maintain the level of its predecessors although this not always possible. 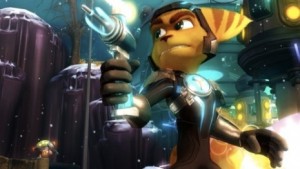 Lots of action
Ratchet & Clank: QForce incorporates a new mechanical bearing series with some difficulty over time given the great success which represented the first deliveries. We follow a game with lots of action and which requires tactics and strategy to overcome the platforms that are presented to us.

This time you enter an expanded multiplayer mode, with many cooperative possibilities and the option to play in cross through PS3 and Vita.

The fun does not fail and require quite reaches at certain times. This always seems assured in a game as consolidated as Ratchet & Clank, like its some humor perfectly integrated.

At the visual level we will find few novelties. Perhaps in this section were expected to somewhat more than one title of its level. The game mechanism is simple and repeated at all levels: eliminate defenses and attack the enemies points to, finally, support the rival invasion with all available in our base arsenal.

It was also expected a bit more work on the part of its creators is in the graphic elements, well below previous installments. It gives the feeling of having prepared a game quickly and running so that it would be available during the Christmas, one of the best dates for the marketing of video games.