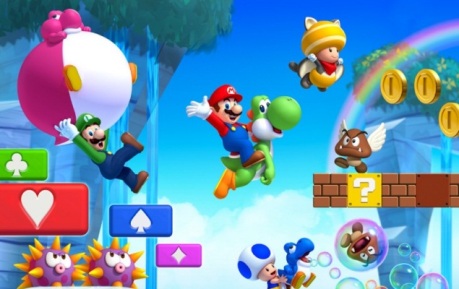 It is a fact that Nintendo has put all eggs in one basket for your brand new Wii U has welcomed more than auspicious, and another example of this is that the release is being carried out by the hand of your pet more beloved (and franchise star, of course). We could not but refer to the charismatic mustachioed plumber: Mario, who returns in a new title called New Super Mario Bros U. 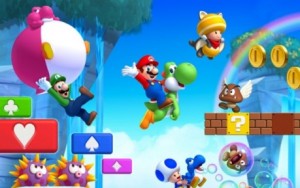 The Mario games have always been the most popular, taken reference the prequels of New Super Mario Bros. and New Super Mario Bros. Wii, with improvements focused on the new features of the Wii U. One of the most salient is that you can play with Mii: avatars that kind of customization we can create for our management functions on the console. It will play up to five people, and besides the Mii are eligible Mario (obviously), the illustrious brother Luigi, and the friendly “honguitos” Toad yellow and blue. Fun is guaranteed when we get together to play with our friends even from miles away, as well as other online games for free or for payment, the multiplayer mode is full entertainment.

Four players will use the Wii Remote, while the fifth can participate with the Wii U GamePad in relief to others, with less involvement. In addition you can use the GamePad screen to continue playing at any time, even if the TV is off.

Although in general one could say that the difficulty is lower than in previous installments, this is explained by knowing Nintendo’s vision, which is to convene a target audience getting bigger. So you have introduced on-screen help when we get stuck, and we can even restart the game at the point we want after losing a life. This does not mean that New Super Mario Bros U a breeze, as it still holds some challenges, especially at advanced levels and when we want to get hold of all the stars in each stage.

As we mention extra quality that scenarios are less linear than previous installments in the series, because the maps are much more vivid and colorful. The title remains the platform genre in two dimensions, but the development of the adventures will be definitely less flat thanks to these improved scenarios.

We can not fail to mention new game modes like Run Game, in which we aim to complete a level as fast as we can. Moreover we can prove our expertise in attractive Challenge Modes, where you can unlock special items less appealing. Since we are talking about objects, it is worth mentioning that the fungi, stars and flowers always (that give us special abilities), have joined the Super acorns, that make us flying squirrels capable of planning great distances after jumping from a high place. The Yoshis are not far behind, highlighting the baby Yoshi balloon that allows us to float on the enemies.

We hope this quick look at New Super Mario Bros U serve to encourage you to play it!