The protagonists of Little Big Planet will be racing in karts

The games based on driving not to stop bringing new titles and differing from the others is not anything simple. This Little Big Planet Karting was attempting to do so and, at least, get entertain, which is not just in these times. 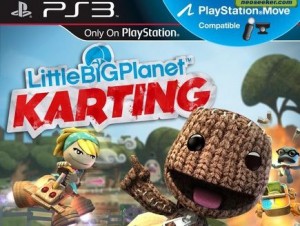 Crazy races
The karts have served for popular franchises such as Mario or Loney Toons compete in crazy races. This is not racing at the highest level simulators, but taking elements of the genre, but with racing fun, quirky and original, especially for the younger audience, are interesting.

One feature of this release is that we create our own tastes circuits as we have and the kind of emotions we want.

The game is large, and at the beginning we will find a test divided into challenges that will take us to complete up to 71 circuits. We can compete in solo or in cooperative, up to eight players.

And fighting
Along with the traditional racing we will have some precincts of battle in which the mechanical systems will be to win a base to gain more points by the enemies that we are removing. In them, the handling of the kart is so important that we need to have learned how to wrestle well to survive in the battles in which there will be shocks, drifting, shots, accidents…

On an aesthetic level this title facilitates the characterization to the taste of the karts, we can tune the taste of each player and give it the features that engage our driving needs, and above all, fighting with opponents. The sound is also a key aspect in this game, and came to perfection.