Tony Hawk’s Pro Skater HD will receive free of charge the ‘revert’, which allows the movement to unite combos half fall/quarter pipes, among others, and may be used at any level of play. At first it was going to be included only in the phases of Tony Hawk’s Pro Skater 3, arriving as a downloadable. 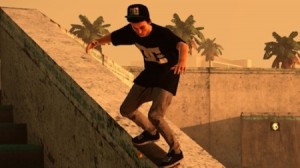 This downloadable, called Tony Hawk’s Pro Skater 3 HD Revert Pack includes the levels of the airport, Los Angeles and Canada, plus the return of the legendary Steve Caballero and Geoff Rowley.

Also includes Metallica band members James Hetfield and Robert Trujillo as playable characters, and their song “All Nightmare Long”, which adds to the game’s soundtrack.

While the upgrade with the ‘revert’ will almost immediately and free, the Tony Hawk’s Pro Skater 3 HD Revert Pack will revert the December 4 by $4.99, we assume that at a similar price in euros.