The Wii U browser works better than Internet Explorer 10

Among the additional functions of Wii U will be an internet browser that has already been subjected to a battery of tests to verify its operation with HTML5 and the components of audio and video from the web, giving the best results of any console. Not only that: also outperforms Internet Explorer 10 running, of course, on a PC with Windows 8, but it fails nor Chrome nor Safari for iPhone/iPad. 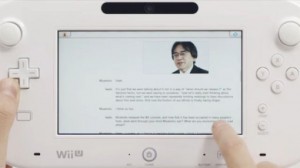 Usability
Although the browser is still considered as developing and therefore, in beta, has shown much more positive results than its ‘rivals’ on consoles. On the negative side, we must keep in mind that it is not compatible with accessories such as Adobe Flash.

The control screen is not multitouch, so you will not have support for gestures such as in devices like Android tablets and the iPad.

This browser is based on NetFront Browser engine, the same as used the PlayStation 3, PlayStation Vita and Nintendo 3DS and can be used at any time from GamePad screen and move the image to the TV if desired.

Results
The test was carried out from HTML5test and Wii U browser has achieved a score of 323 (out of 515), most of the exam, with a score of 8 points for each different ability to manage multimedia content.

The scores of the other browsers were as follows:

In the case of PS Vita browser, its current score is 58 points, but the current beta of the same increases its score up to 243 + 2.