Playing a horror game has its own sensation, especially for those of you who do not hesitate to play a video game of this genre. You can feel the adrenaline rising, your heartbeats very hard and being paranoid with certain things. This article will discuss the best horror games in the world that is not only fun to play, but it can make you feel frightened and difficult to forget the horrific experiences in the game. 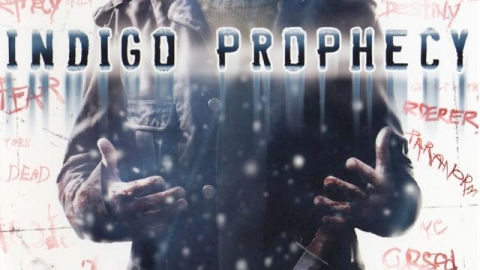 Not all of this horror game has zombies in it, but it is certain that it is very scary. Here is the list:

Game released in 2005 for the PS 2 console, PC, and XBOX has an interesting storyline. Roughly comparable with the TV series Supernatural is very popular all over the world. In Indigo Prophecy, you play, as a ghost hunter at the same detective must solve a strange mystery: the population in New York suddenly possessed and perform a variety of sadistic murders. This game might look more like pieces of a movie scene, where the decisions you take can determine the next storyline. There are three different endings you can get, which all lead to a more sinister mystery.

Surely as Indonesian citizens, we should be proud, because developers from Indonesia develop the game. Dread Out tells the story of the adventures of a high school student who was stuck in an old building and that is terrible situation. There are various settings that very typical of Indonesia, such as banana trees, power poles, and gravestones that look creepy.

There is also a wide variety of typical Indonesian ghost in the game scene. Indie developed game is gaining popularity internationally after being played in by PewDiePie, the owner of YouTube gaming channel with the most subscribers in the world.

This game is almost similar to the slender, but there is little eye icon that features where players can find out where the position of the ghost. However, take it easy, this game is no less thrilling than the other pc horror games. At any time, you may have to use the eye icon, but how about the ghost suddenly appears in front of you. Definitely, you will scream. Scary isn’t it?

Outlast tells the story of a journalist who unintentionally “entered a mental hospital”. Where many anomalies in the hospital. According to the news, there are many ghosts in the hospital. Main Weapons that you use in this game is a digital camera and it was so difficult to find the battery in these games, you should save the energy of the battery. If not, it will die of darkness forever.

Player cannot guess what the enemy will come and try to kill us; the player cannot guess what is hanging corpse later during the journey that makes the shocked player. The sound effect is very horror and creepy, the sound of silence can sometimes suddenly rises due to the ghost that came suddenly. In addition, you will be very difficult if it is in the dark when the camera battery runs out.

Dare to try the best horror game? Worthy and decent horror game for those who like a challenge and you are feeling the mystical. In addition to adding courage and adds a strong faith, you can also make these games as well as experience.