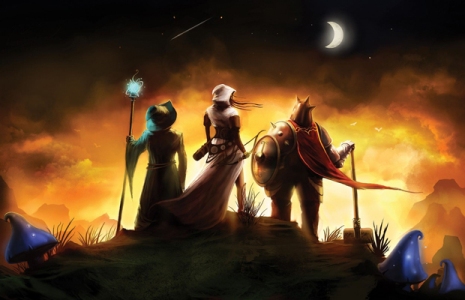 Trine 2, one of the most popular games on PC, that is now coming to the Wii U store with the most complete version of this great adventure of action and platforms. A title that can (and should) enjoy both individually and in groups. The strength audiovisual Trine 2 makes it one of the indispensable for Nintendo’s new console. 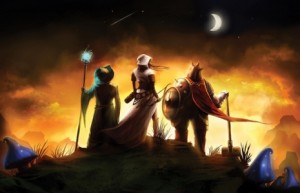 Spectacular Adventures
The main characters Pontius, Zoya and Amadeus, perfectly recreated, will lead by spectacular adventures developed to puzzles and puzzle mode. This is one of the most powerful platforms on the market right now, with a beautiful recreation of the scenarios and the amazing battles.

Fantasy World
The story puts us in a fantasy world where battles occur. The threat comes from the Goblins, which must be addressed and show all our abilities.

The adventure is set in 19 levels, plus one novel that has been built into Wii U and was not in the PC version. Change control system, but only to get better performance with the new options offered by the Wii U, basically using the touch screen. The music, again, is another of the elements that have been chosen with special taste.

Those who have not yet experienced Trine 2 on PC have a new opportunity to join the legion of followers with which has the title in the small Nintendo console.

Previous: Dillon’s Rolling Western: the amusing stories of armadillo
Next: Gunman Clive: A simple action and platform game but fun