Ubisoft reveals season pass and additional content of For Honor

As usual Ubisoft confirmed that For Honor will have a season pass and additional DLCs. The producer also revealed details of what this additional content will include. The season pass will cost $40 and it is included in the Gold Edition of the game and features six new heroes, available with a week in advance of the date of availability to the general public. In addition, the Season Pass will include the following bonuses: 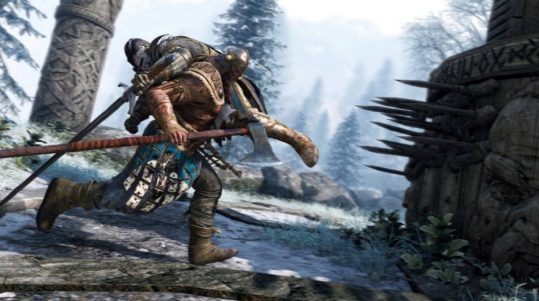 The content of the season pass will be available at the game’s launch on 14th February. The additional heroes will be released in parts, two at a time at the beginning of each season of Faction War mode. After this period players will be able to buy the characters with coins from the game. In addition, Ubi confirmed that after the release, the game will get new maps, new game modes and new equipment. Owners of the season pass will have early access.

Below you can check the trailer with more details of the additional content of For Honor. The game arrives for PlayStation 4, Xbox One and PC on 14th February. A new beta of the game also takes place between 9th and 12th February.