A very original story with a series of challenging puzzles like few others, the creators of the remarkable interactive novel 999 have returned to load with another outstanding first-person adventure for Nintendo 3DS. 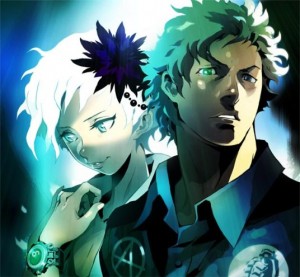 Very popular in Japan and increasingly also in the West, this type of interactive adventures have open gap in the market thanks to the elaborate of their argument, with a well-developed and intriguing stories.

Puzzle
And in this line moves the series Zero Escape developed by the Japanese team Spike Chunsoft, who after the remarkable 999: Nine Hours, Nine Persons, Nine Doors for Nintendo DS, has again surprised, for Virtue’s Last Reward not only original surprising in plot, it is also a challenging adventure full of puzzles that we will do our best to give the best possible end for the cast of characters who star in the play.

If something stands out by virtue’s Last Reward is so intriguing and enigmatic of its argument, in which Sigma is the main protagonist.

Anime aesthetics
On an aesthetic level the game is very attractive, and supports an image so beloved Japanese anime. The characters were well made and scenarios, sober, accompany the story perfectly.

Graphically correct, maybe the title is the story however and the options proposed to solve above the audiovisual section.